Wanna have an awesome day in Dublin? Stay in the heart of it! This is just a little taster of how amazing Dublin is, and why you should stay in Temple Bar next time you are here!

By : Why Ireland Date : February 22, 2019 Category : Ireland Comments :
Top 5 places you NEED to see in Ireland this summer not named Dublin

Our personal Top 5 list for Ireland (plus a couple extras). We realize there are so many places and things to see on the entire island. Maybe we will go back and make another video and have a new top 5! Northern Ireland anyone?? -E + G Subscribe for more videos! Contact us here: emilygarrett.contact@gmail.com […]

Check out this sneak peek into Curious Dublin – part of Curious Traveler, Season 3 – now airing on PBS and CreateTV nationwide! Curious Traveler is a 3-time National Daytime Emmy-nominated educational travel series. We take you around the world to enrich, inspire & get curious! Watch full episodes: us for more curious adventures! 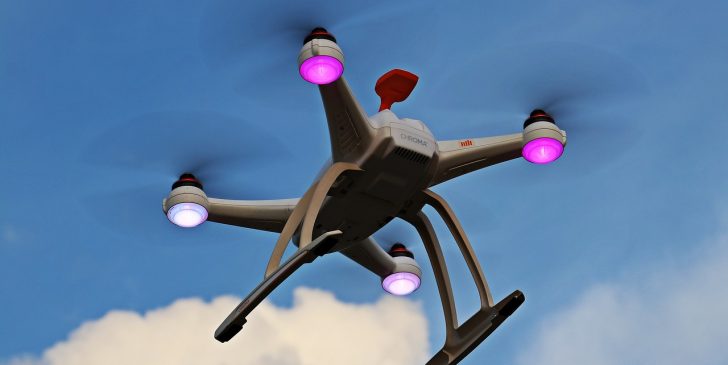 Well, that was a bizarre few minutes at midday on Thursday.
Oh, you missed it?
We’d say that we’re surprised you didn’t come across it but then again, it did last about 15 minutes.
Just before 12pm on Thursday, Dublin Airport said that they would cease all flight operations because of this drone sighting over the airfield.
As news began to spread rapidly around the world – which is understandable considering the hassle that the one above Gatwick caused a few weeks ago – it was over just as fast as it had started.
Dublin Airport confirmed at around 12:10pm that flights were resuming as normal and that the precaution was taken because “safety and security of customers is our key priority at all times.”
Some were curious as to what was going on, others were panicking and wondering what would happen to their friends/family/their own flight that was scheduled to depart or land at the airport.
And then, of course, there were a few jokers who posted tweets up of pictures above Dublin Airport saying how they had snapped them with their drone and how the airport was so quiet.

By : Why Ireland Date : February 21, 2019 Category : County Dublin Comments :
Discover Ireland – On The Water In Ireland

As an island with easy access to the sea from most places and lots of rivers and lakes to boot, we have a country that encourages watersports. Check this video out for ideas: from relaxing kayaking and sailing to the new adrenalin sports of wakeboarding and tubing! Find out more things to do at