Kilmainham Gaol: Dublin's Historic Prison and the 1916 Rising - Why Ireland 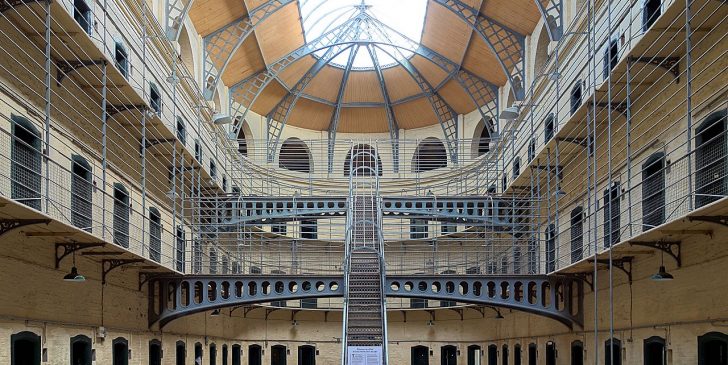 Dublin’s Kilmainham Gaol is a historic prison that has been standing since 1796. It is located in the heart of Dublin, and played a significant role in the 1916 rising. Many Irish patriots were imprisoned and executed at Kilmainham Gaol, including James Connolly and Padraig Pearse. The gaol was also used by the British government to detain rebels during the War of Independence. Today, Kilmainham Gaol is a popular tourist attraction and museum, attracting over 500,000 visitors each year.

Kilmainham Gaol is Dublin’s oldest and most famous prison. It was built in 1796 and operated until 1924. Many famous Irish revolutionaries, such as the leaders of the 1916 Easter Rising, were imprisoned there.

The Easter Rising began on Easter Monday, April 24th, 1916. The rebels seized control of several key locations in Dublin, including the General Post Office (GPO) and Dublin Castle. They hoped to spark a nationwide uprising against British rule. However, the rebellion was quickly crushed and most of the rebels were arrested and imprisoned at Kilmainham.

The leaders of the Easter Rising, including Patrick Pearse and James Connolly, were executed by firing squad in May 1916. Their executions turned martyrs and helped to rally public support for the Irish nationalist cause. Kilmainham Gaol remained a potent symbol of Irish independence and resistance to British rule long after the Easter Rising had been forgotten by most people.

Today, Kilmainham Gaol is a popular tourist attraction. Visitors can explore the prison cells, see where the rebels were executed, and learn more about the Easter Rising and Ireland’s struggle for independence.

The Gaol is located near Heuston Train station and access is only available by pre-booked tours. For more information and to book tickets please visit the Kilmainham Gaol Museum website

Kilmainham Gaol is a must-see for anyone interested in Irish history or looking for something different to do in Dublin! Be sure to add it to your list of places to visit!